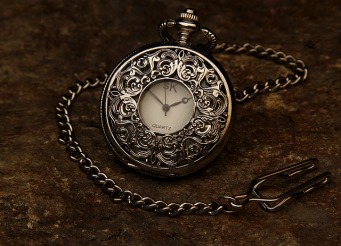 It was the first weekend of the school year and Owen had never been more grateful to be out and about in the autumn sunlight. Though the sun was clear and bright in the sky, there was a crisp chill in the air.

He and Maev were both bundled in thick scarves and mittens against the biting breeze which blew down the main thoroughfare of the town. Out on the edge of town, the red chimneys of the boarding school loomed up over the tops of the trees, reminding them that they were only free for a few hours.

“That boy’s a pig. Someone should put pepper in his tea.” Maev said.

Owen had not been listening to what his friend was saying, too distracted by the Tudor facades of quaint little shops along the main street. He looked at her with raised eyebrows and waited to see if she would prompt him.

“You’re not listening to me. I was talking about Hidra, the girl who squealed on us in history class?”

Maev puffed out her cheeks and thrust her gloved hands deep inside the pockets of her coat. She was trying to make it seem like she was just feeling the cold, but Owen could tell she was irritated with him.

Without waiting for him, she stepped into a narrow opening between a sports clothing shop and a bustling cafe. It was the beginning of a winding alleyway barely wide enough for one person to walk down. A sign on the wall read Turning Street.

Owen followed her in, more than a little hesitant after he looked up and saw that the walls of the buildings on either side overhung the alleyway, their roofs almost touching. They had gone almost thirty meters down the cobbled street when Owen heard a noise like a falling footstep behind them.

He turned to see if someone wanted to pass, though there was no room for them to do so, but the alley was empty except for them. The sound of Maev rapping her knuckles against a thick wooden door made Owen jump.

It should not have surprised Owen that she had family in town. Only boys were allowed to attend the school as boarders, female students had to go home in the evenings. But he had not expected Maev to live in such a strange place.

Her father was a tall, thin man with round spectacles almost falling off the end of his nose. As they went inside the cramped, dusty antiques shop, Owen found that he could not take a step without having to turn and catch something he had dislodged from its shelf.

There were old maps and moth-eaten hats, tarnished telescopes and rusted stethoscopes, faded globes and ragged clothes. On top of a chipped oak desk lay twenty or so walking sticks, each one cracked in a different place.

“Welcome to my humble emporium.” Maev’s father said. “Are you buying or selling?”

Owen took out his polished silver pocket watch and held it out on top of his open palm. The scrawny antique’s dealer took one look at it and his mouth dropped open. He seized Maev by the collar of her coat and dragged her behind the desk.

“Take anything you want, it’s all yours!” He cried. “Just stop pointing that thing at us!”

Find the first in the Turnkey fantasy series here.

You can also find my novel on Amazon Kindle here.