As most of you will already know, I don’t usually do picture posts. At most I’ll put a feature image at the top in order to set the scene. But this one is a bit different…

A while ago I visited the British Museum, London UK. Why was I there? Partly for the simple pleasure of looking at old stuff, but also to see if there was anything which might prompt an idea for a short story or novel.

Ancient artefacts needn’t just be inspiration for historical fiction authors. Some of these objects might strike a spark for a fantasy character, a crime story set on an archaeological dig or a sci-fi time-travel romance saga. Who knows? I think they’re going to give you great inspiration for one simple reason: only the most wonderful or wacky old stuff gets displayed in a museum.

This is one of my favourites. She’s so strange and mystical, you could draw inspiration for a truly unique, otherworldly story from her. Is she a princess from a faraway land shrouded in myth and fantasy? Her tall stature demonstrates authority, but is there an aura of calm in her pale face?

When I saw this little guy, a very specific character came to mind. The broad hat, flowing beard and imposing stance say that he takes himself very seriously. He’s a proud warrior, a samurai. But those impossibly thick, awkward legs and tiny arms reveal another aspect of his character. He’s a comic figure, a bit of a klutz. The Three Stooges Samurai.

Now we step foot on the field of battle. Archers firing at the city’s walls. Or a team of explorers pulling an intricately carved stone slab out of the shifting sands. But a story needs something unexpected… 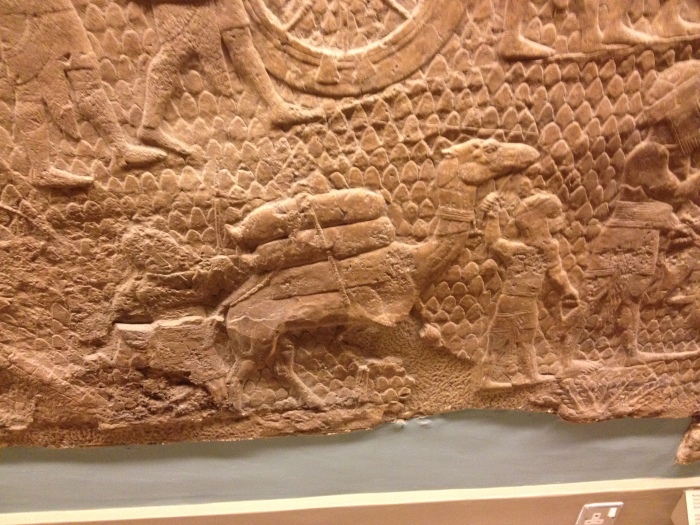 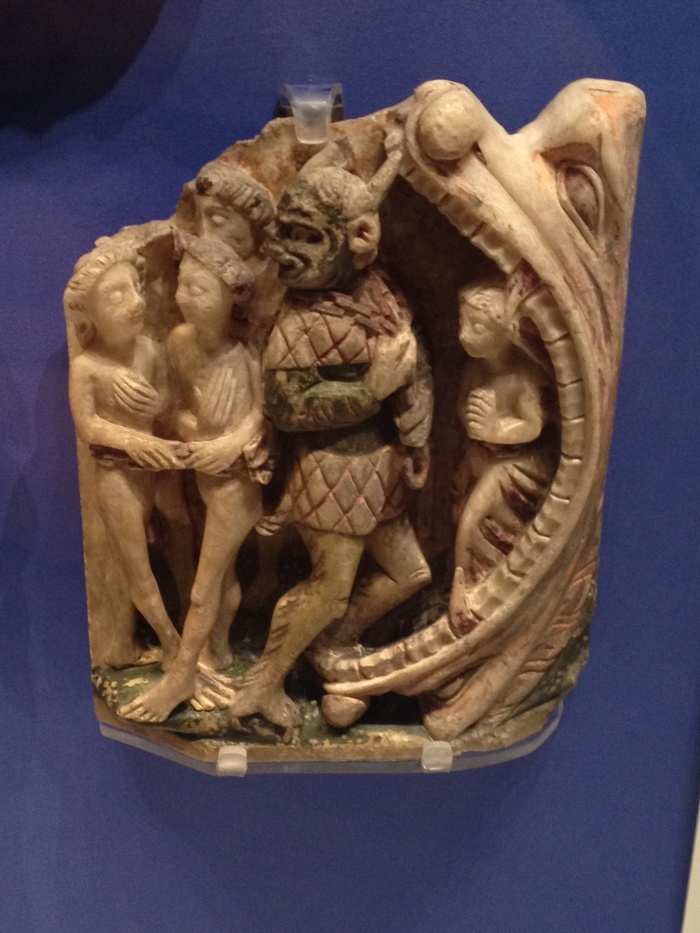 Of course, the reader is expecting to see some sort of villain. This is a medieval carving of a demon leading fickle peasants into the devil’s gaping jaws. But that’s history and we’re talking fiction. Unlike religion, in adult fiction the boundary between good and evil is less clearly defined.

Is this impish creature on his own quest? Is he funny, pathetic or a bit of a trickster? Look at Hannibal Lecter or Dexter, two characters who are admired by their audiences despite being serial killers. 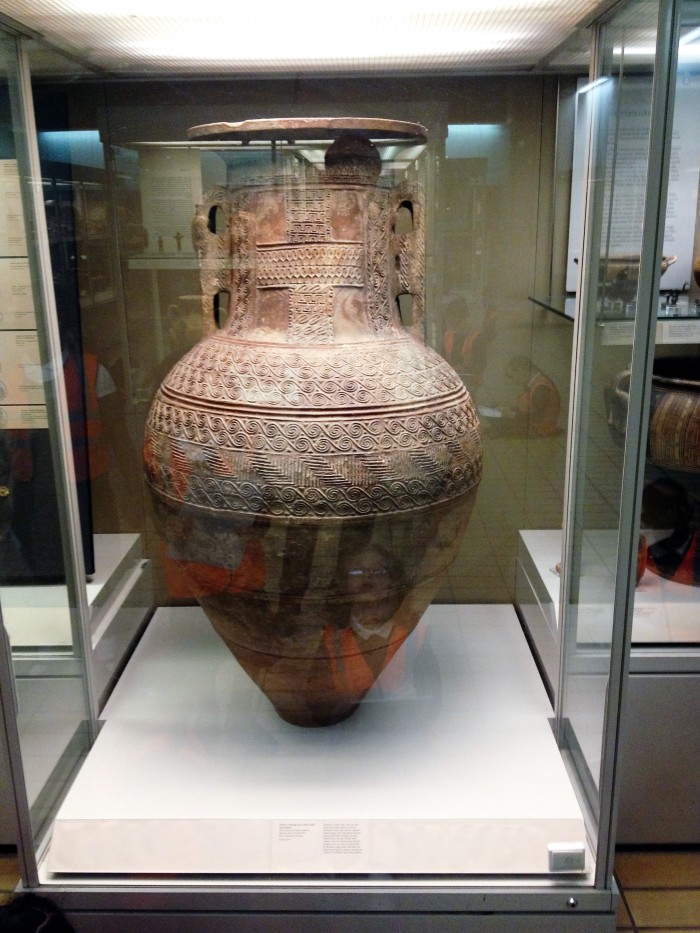 Why do I like this image so much? It isn’t the old cliché of an archaeology graduate and ancient pottery. This vessel is large enough to fit a person inside (there’s a story in there), but I especially like how the faces of children on a school trip are reflected in the display case. Perhaps it’s to do with the very young being superimposed on the ancient.

It could inspire a great children’s or YA novel about time travel or something similar. 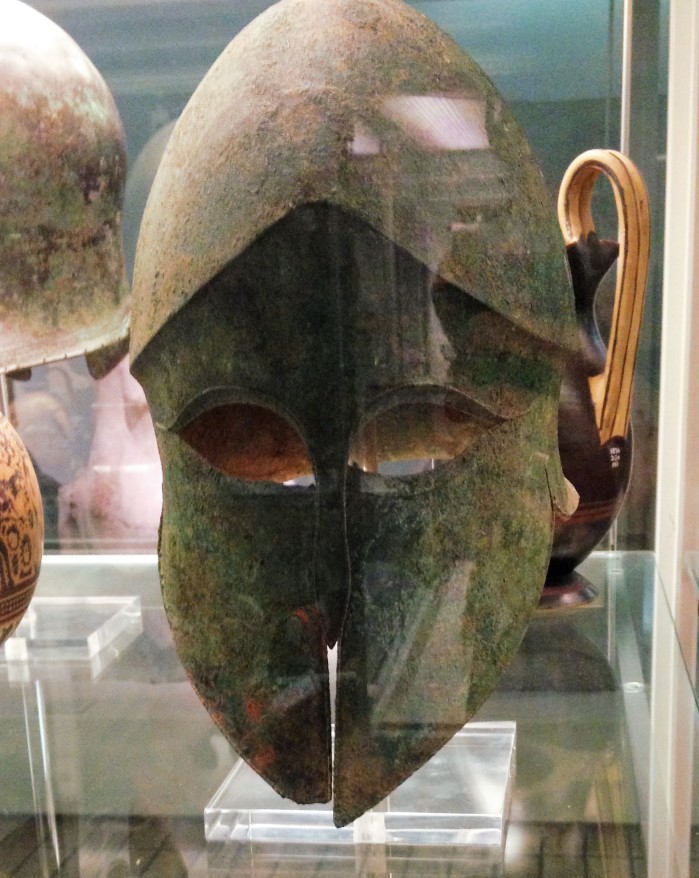 My advice: don’t think of this as being a Greek helmet in a display. It could be an ancient hairbrush, buckle or necklace. What’s important is to picture the man (or woman) wearing it. Imagine their eyes staring out through those openings. Are they angry, frightened or surprised? A real person wore this helmet, and the world looks very different from the inside!

Feel free to use any of my British Museum photos on your blog, to set the scene for a story or just to get inspired!

8 thoughts on “Tip #9: Past Inspiration”