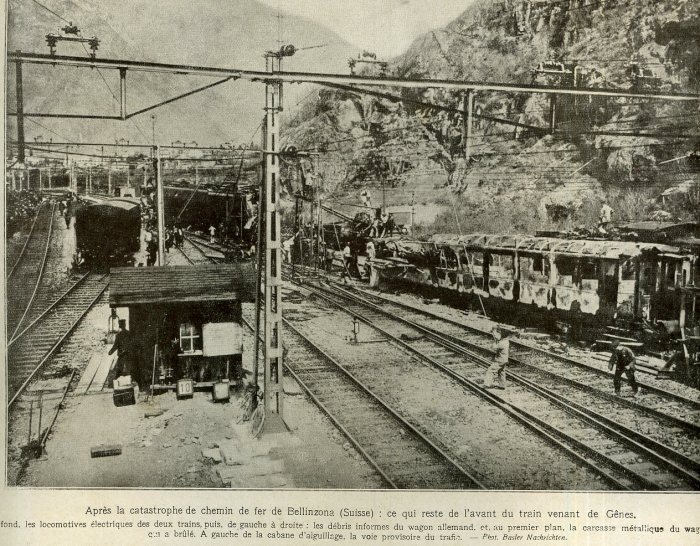 WordPress today is highlighted with some truly exceptional posts written in response to Friday’s attacks in Paris. All of the ones which I’ve read take a very balanced view, avoiding the temptation to lay blame and instead expressing sympathy for those affected.

I noticed something similar happen on the latest anniversary of 9/11 (that was 9/11/15). It shows the blogging community is tuned in not just to world events, but also part of social consciousness. It’s able to respond to such catastrophes by expressing the views of the writer, while encompassing a collective reaction (empathy, anger, despair, etc.).

Like me, you might have been tempted to write something of your own in response. But I’m neither personally affected nor an expert on international conflict, terrorism or national security. So what could my views contribute? Perhaps I can offer an insight into how to approach violent catastrophe in your writing.

This is the most obvious approach. When writing a story or blog article your primary purpose is to inform the reader about the fictional or non-fictional events. You do so by describing the facts of the event in a chronological or thematic order.

Going further than this involves making the reader feel something about this event. We’re exposed to so many news stories about natural and unnatural disasters throughout our life that it’s easy to become immune to them, to some extent.

Then put yourself in that position. How do you feel? What do you think? What would you do? By bringing all of these elements together and not omitting anything (no matter how uncomfortable or gritty), you can recreate a catastrophe on the page. There is much to be said for allowing people to empathise with victims of tragedy, without them having to go through it in reality.

The drawback is that this is a highly event-focused method. It can stray too far to either side of “truth” and become either a detailed timeline or catastrophe-fluff (for those who specifically enjoy reading about others’ suffering). You don’t want to glorify the event with your prose, or rob it of the lesson it imparts by letting it become a dry, plain narrative.

Was Joan of Arc a heroine or a villain? That depends who you ask. Wartime heroes are ambiguous in that way. Peacetime allows for only the finest margin of grey space between the two. If a person is attacking civilians, the options narrow to one.

So who is the hero in a catastrophe? It can be an individual, there are often plenty to choose from as the subject of your writing. But it’s important not to over-inflate their actions. If you create a vivid, true enough sense of the event and the obstacles they faced, their heroism will stand for itself without the need for embellishment.

Remember, heroism doesn’t just apply to individuals but it’s also a concept. A group of people, a society, might shrug off their individual vices and qualities for a moment and collectively do something heroic. Thinking of the example of Paris, now and in the recent past, this could mean standing together in an expression of public solidarity with those affected. Don’t lose sight of the fact that these are individuals and real people, but expressing heroism in a collective sense.

There is a brief point I should mention in connection with the opening paragraph of this heading. I wouldn’t recommend writing a piece from the anti-hero’s perspective unless you’re highly confident in your abilities. Your readership will soon lose all sympathy for you if the narrative strays towards a sympathetic portrayal of a catastrophe’s perpetrator. Joseph Conrad’s The Secret Agent took this approach, but the anti-heroes were stumbling and misguided throughout.

The benefit of writing about heroism is that invariably gives the reader the “warm” emotional response. Unlike realism, they’re drawn less into the suffering and more towards the strength of human endurance, character, fellowship, etc. It’s a silver-lining approach.

It is possible to show the reader neither the dark clouds of realism nor the silver lining of heroism. As a writer, you can choose to show them the empty sky between instead. This sounds like something of a cheap move, perhaps even denial, but it has its merits.

Avoiding the catastrophe works like the magician’s slight-of-hand. George R Martin does it in A Game of Thrones (I won’t say where, to avoid spoilers). You show the reader the build-up to your fictional/non-fictional event. Then, at the crucial moment, you draw their attention elsewhere. Finally, you reveal the aftermath.

This approach allows the event to be expressed and experienced (in small part) by the reader, without forcing them to endure a realistic portrayal or diluting the catastrophe with silver-lining heroism.

Of course, the problem is that by feeding your reader the event in manageable pieces you are denying them part of the truth. Knowledge leads to understanding, to healing. So what do you want your story or article to say?

If the message is “This was real. It happened.” then use realism. If it’s “I applaud person X”, heroism. Or do you want to say “Let’s move past this, and focus on recovery.”? The avoidance style might work for you.

Things to avoid in the interest of respect (non-fiction) and quality (fiction):

I hope this post is useful in helping you to express your reaction to any catastrophe: future, present, past or imagined.