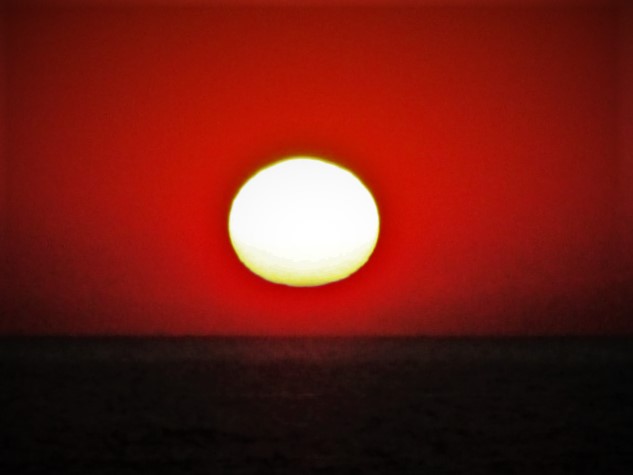 They were always moving. Never pausing long enough to raise tents or dig wells. Over the dunes and across the desert plains of cracked red earth. One foot in front of the other until their soles were raw and blistered. Not stopping longer than it took to scout the next range of dunes.

Immense mountains of sand. Constantly shifting. Growing into towering ridges of gold and then tumbling down. Ripped apart and blown down to nothing by gusting winds.

And yet, they were. Far from the sight of gods or civilisation, the meshah forged a path across the wilderness. Danger on all sides in the roasting sun, blazing earth and scratching thirst.

Where? All I see is death waiting to snatch us up.

‘We’ve almost reached it,’ Astra said, crouching in the middle of an endless flat of red baked dust ringed by rippling yellow peaks.

Four words, more than she had spoken to Merew since they were thrown together by the satraph. Punishment for her foolishness, his misplaced bravery. It was well-deserved. He should have known better. Some things were worth fighting for. His treasures and his pride. A full belly and survival. Not her.

‘How do you know?’ he asked, letting the scorn run hot off his tongue. She was lying again, he knew. Trying to create more trouble for them. ‘Have you seen something?’

‘Fool rat,’ she said, not troubling to raise her voice at his insolence. ‘I know the wilds better than you know yourself.’

‘Liar. You know nothing.’

She raised her arm, pointing into the distance. ‘I know how that buzzards mean water is close.’

There was an empty stillness in the sky where she was pointing, surrounded by air trembling in the heat and thick with dust. It hung over a dark depression which they could not see into. Merew thought it might be the oasis, but then again this was the woman who had lied once before. Her eyes were betraying her again.

‘Buzzards are a sign of death. Scavengers,’ he said.

Everyone knows that. Do you think I’m a fool?

She laughed, the hoarse sound pricking Merew’s anger. ‘And things must live before they die. They must drink to live. So there is water ahead.’

More lies, but how else could he prove it than by following Astra until they reached whatever dead thing lay there. Dead from thirst. Clawed apart by the inhospitable wildnerness. He shuddered and looked back towards the rest of the meshah. A line of black specks trailing over the desert plain behind them.

‘They’ll know which way we went, rat,’ Astra said, striding out and leaving her small footprints on the scorched earth.

They had left their companions far behind, but that was of little concern to him. Brothers and sisters in arms he had never shared a kind word with. He knew their sort. Thieves and beggars.

What troubled him was the blistering heat. The agonising thirst. Captain Pehty called a halt each mid-morning to let the meshah rest through the furnace of midday. His words never reached Merew and Astra. No rest for the scouts. They marched on until their skin stung and burned from the heat.

Could she be telling the truth? Are we so close?

He wanted to believe her. Desperately wished and prayed to see a glistening blue pool resting at the bottom of the depression. The distance between Merew and his hope seemed endless. How many footprints had he left in the red earth? More than he could ever count, but still the void of sky was no closer. Lingering above the far horizon.

Is it getting nearer? I must be mad to think so. Closer now.

His mind had wandered and he did not realise Astra had stopped until he stumbled into her back.

Fool, why don’t you move?

There it was. Below their feet the ground fell away. A ring of wrinkled cliffs of crumbling crimson. The great bowl of the oasis studded with green. Trees and shrubs, drinking precious water from the bloated soil. At its centre, a flash of sunlight reflected clear and bright on the pool’s surface.

The oasis was packed full to bursting. Dust clouding around the trees’ emerald leaves and muddying the pool’s crystal waters, kicked up by thousands of shuffling feet.

‘Why didn’t you tell me?’ he asked, furious, rounding on Astra. ‘You lied again.’

‘Why?’ she asked in a whisper. The question was not directed to Merew, but spoken out to the rumbling voices and shuffling feet below. ‘Why are you here?’

The satraph would punish her again. Merew knew he would. Better if he was not there to be caught as an accomplice to her lies. He ran, dragging out what little energy remained in his tired limbs. Sprinting back into the wasteland. Towards the meshah, ready to throw himself at the feet of Captain Pehty. If the gods were good, he would grant Merew mercy.