-The beginning of something new?-

The corpses lay one on top of another in a grisly tower of butchered flesh and twisted limbs. Shadowed echoes of their screams seemed to chill the surrounding air. The topmost man had been decapitated, a deer’s head sewn onto his neck, mouth open in a grotesque imitation of human surprise. Eldris staggered back and fell against the trunk of a tall pine. His bowels loosened in fear and he felt a damp warmth spread down his legs. The fragrant scent of the pine needles which carpeted the clearing wasn’t enough to stifle the sickeningly appetising smell of flesh roasting over a cooking fire. Human flesh, he realised.

END_OF_DOCUMENT_TOKEN_TO_BE_REPLACED 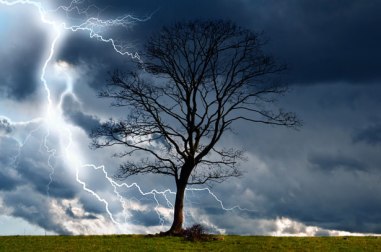 ‘Can you hear it, girl? Or are your senses dulled by that shiny trinket?’

The whispered words of the spirit weren’t hissing with venomous threat as they had been before. There was a pitiful, keening note to their song. Hilda strained her ears and listened closer. It was a mournful howl. Spinning around her on the wind. Where was it coming from?

Whatever the sound was, it died in a series of sorrowful yelps. She notched an arrow to the string of her bow and carried on through the morass. Ears and eyes straining through the screen of long grass.

There it was again. A bark of fright and a rustle in the thick shrubs to her right. Hilda turned and dashed towards the noise. Drew the string back to her ear and loosed an arrow into the shadows. A wet thud and a heavy splash. One last howling moan.

The seal was only a pup. It still hadn’t lost some of its soft white down. Hilda straddled the plump grey mound and sawed through its belly with her knife. Blood stained her hands crimson as she worked them into the wound. Feeling through layers of hot flesh. Fingers probing for the prize within.

Hilda almost shrieked in surprise as her hands grasped the seal pup’s heart. It was still beating. A faint tremor. Her shock subsided to joy and a smug pout played on her lips. One hand retrieved the knife and worked it through the cut, feeling for and slicing away the tubes which fed blood into the trembling muscle.

It came free in her hands. Hot, wet, blood dripping from its bulbous sides. She bit into it and savoured the thick, iron taste. Felt juices wash down her chin. Savoured the smell of it and the contented feeling in her gut.

Thank you, spirits. Praise you, Allfather. 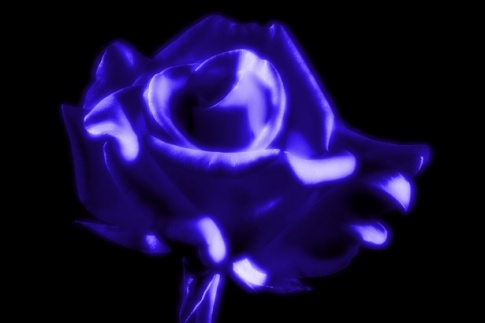 Scarlet’s life was dull as hell and she knew it. What was she doing working herself to the bone to keep her business running? What would she get out of it in the end? Dark circles under her eyes and sore joints. The measures of success for any modern professional.

She envied men. They got the added bonus of going bald. Showing off their gleaming pates for everyone to gasp at in wonder.

‘He must have worked himself like a slave!’ they would say. The lucky bastards.

What she needed was a strong male authority figure to inject some purpose into her dilapidated life. Little did she know, the author was about to do just that. He found her at the airport bar, sipping a glass of tonic water and ice. No gin, he noticed. Perfect.

END_OF_DOCUMENT_TOKEN_TO_BE_REPLACED

Do you remember the time I published a post about Writing the Opposite Gender? I’ll summarise it for you. Just write a person. People are unique, regardless of gender. That sounds about right. We can leave it at that.

You may remember that earlier post, but do you remember the time I wrote a crime novella? Not to worry if you don’t. I’ve since unpublished it as part of an effort to get serious with my writing. It was a silly thing I wrote on a bet. A bet made largely with myself.

“I bet I can write a crime novella in a couple of weeks.”

“What? Why would you do that? It seems kind of pointless if that’s not even the genre you -”

END_OF_DOCUMENT_TOKEN_TO_BE_REPLACED

And now it has a prologue!

The toll of the monastery bells rang out over sea and land. An harrowing clang which roused the people of the mainland from their beds. Nothing could be seen in the deep black of night. No fires burned on the Holy Island. All was dark and silent save for the ringing of the bells.

Six horsemen rode down onto the tidal flats, their horses’ hooves sending up showers of sand and spray. They were tall men, fierce men. Bundled in thick furs against the evening chill with broad shields on their backs, spears in hand and swords at their waists. Men ready to confront whatever demons had brought death to the island that night.

There was only one thing the bells could mean. Their noise rolled on and on without pause. Each booming clang was a word. The same word repeated over and over. With it came a command.

‘Death. Warriors of Christ, come to the aid of the faithful. Death stands at the doors of God’s house. Death.’

Their leader swung down from his mount and lifted his shield. Glanced back at the men behind and saw the fear in their eyes. He couldn’t blame them. Ahead stretched an endless rolling expanse of black before the grey hump of the Holy Island. They were God-fearing and Christ-loving men. But even a fanatic would shudder to cross the causeway by night. Sea and sand became one beneath the moonless sky.

‘It’s not safe,’ one of the men said, sounding for all the world like a coward. His leader knew better. He had seen each of them earn their scars. They were loyal men and brave. But even brave men feared to walk out into the unknown. ‘Whatever ails them can wait ’til morning.’

END_OF_DOCUMENT_TOKEN_TO_BE_REPLACED

I came up with this first chapter for historical fiction set during the Viking invasion of Anglo-Saxon England.

What I want to know is would you like to read more of Hilda’s story? If so, let me know your thoughts and I’ll keep writing it!

Hammer on anvil. The crash of heavy iron striking immobile stone. One blow after another, each one followed by the roar of sparks showering the air. Howling wind from the blacksmith’s bellows. A deafening, pounding rhythm of crash, roar and howl.

Hilda sat up and threw the sealskin cloak from her face as the thundering beat throbbed in her ears. ‘Curse you, Woden Allfather,’ she spat. ‘Can’t you let me sleep?’

She stood in the entrance to her perch and lifted her face to the sky. A dark mass of clouds had gathered, stretching to every horizon. They consumed the sun, tearing its light from the heavens. Only a trickle of dawn’s warmth reached the narrow crevice in the high granite bluffs where Hilda made her hunting den.

If it weren’t for the din of the waves striking the rocks and sending walls of salt spray into the air around her, she might have slept for hours. The gods responded to her hissed profanities with the booming impact of a tidal surge against the broken cliffs below. She felt the tremor in her feet.

I won’t lodge here again. This cave might not be here when I return, if I hear the spirits rightly.

They spoke to her through vibrations in the rock, the sweep of foaming waves and the swirling clouds above. She called it the Otherworld, but it had many names. What did names matter? Spirits had no use for them, so why should she?

It was a whisper which could always be heard by those who chose to listen. Now its voice was loud, shouting an insistent warning in her ears.

END_OF_DOCUMENT_TOKEN_TO_BE_REPLACED

‘What the Hell was that?’ Jessie asked, her voice sounding dead and hollow in her own ears.

They had scrambled down the library’s narrow staircase, covering their faces against the red spores which swarmed after them. The memory made her feel sick to her stomach. Those things had been inside Melcom. Inside his rotting corpse.

How did he get up there if he was dead? What the Hell is going on?

‘You shot him, sheriff,’ Deputy West said, sitting in the back of Tom’s car with the librarian sobbing in his arms as they shot down the high street, the hint of a question in his voice.

Tom gave Jessie an uncertain look. ‘Did I?’

‘You missed.’ Speaking made Jessie want to vomit again and she clapped a hand over her mouth.

‘He was already dead,’ the sheriff replied, looking at Jessie again for confirmation. ‘A dead man can’t detonate a bomb.’

END_OF_DOCUMENT_TOKEN_TO_BE_REPLACED

Pero felt his gut clench. There was only one man he had offended gravely enough to demand a fight. Such a man as no one but a feral dog would agree to duel him.

But what choice did he have?

Already mutters spread through the market square as people turned from the stalls, searching for the source of the challenge. He was hard enough to miss, a great tower of muscle with flowing auburn hair. The challenge’s recipient proved more difficult to locate.

‘Who did he say?’ they whispered. ‘Pero da where?’

Did nobody recognise his name? Pero had thought a squire of the king himself might deserve some fame, but no…

‘That’s him, I’m sure of it. Alvaro Cavalero, the Lance of Lisbon.’

‘What’s he doing, calling out some nobody?’

END_OF_DOCUMENT_TOKEN_TO_BE_REPLACED

For the first time in her life, Jessie felt like a real FBI agent. It was like being in a cop movie.

Ripping down the high street in convoy. Sirens blaring and lights flashing as their wheels roared over cold tarmac. The sheriff’s truck in front, Deputy West’s squad car behind, Jessie’s pickup bringing up the rear and the other deputies riding shotgun. Radios chattering and weapons loaded.

I’m a special agent with a whole team of law enforcement officers at my back. Melcom doesn’t stand a damned chance this time.

She gave a grim smile and pressed her foot down harder on the gas pedal, her teeth gritting together as the engine’s hum rose to a throbbing growl. Another thought interrupted her determined yet bitter ecstasy.

Melcom’s dead. Doc said there’s no way he could’ve survived. And the look on his face when I told him what I saw at the funeral home. But Tom said he’s alive… What the Hell is happening here?

END_OF_DOCUMENT_TOKEN_TO_BE_REPLACED 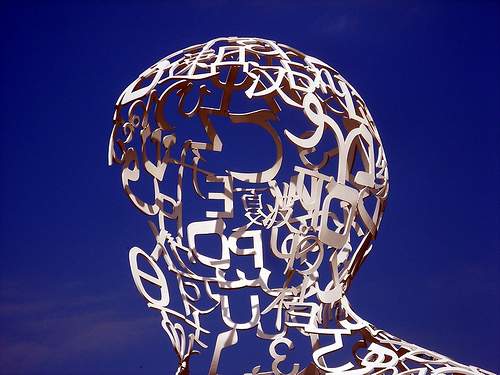 Max had to make sure that everything was perfect. His small studio apartment had been overturned, flipped back and turned again in the past week. And he was still unhappy with the result. He felt that soft nagging feeling as he stood in the dining space and took it all in. Something just was not right, like a puzzle piece that fit on three sides, but the fourth edge was a disappointing hole-on-hole.

It was an upmarket apartment in one of hightown New York’s “susto builds”. Sustainable living, using every part of a skyline to keep city living affordable in the Twenty-Second Century. That was the tagline and Max was one of those who had bought into it with an open mind. He looked around him and saw progress. He saw progress and a puzzle that he could not solve.