Prehistory is murky and often ignored. It lacks the appeal of the nearer, written past. We prefer to make use of Ancient Rome or Greece, China’s Confucius or the Founding Fathers of the United States to illuminate the present through the window of the past. The reason for this is that historians are building on the discoveries and conclusions of previous generations of scholars and there are two great problems with this approach.

Firstly, we now have a vast amount of data available to us which earlier scholars simply were not aware of. Secondly, those earlier historians’ view of the past was coloured by the prevalent prejudices of the time. For an early Western scholar, any culture in the past or present which lacked the defining characteristics of contemporary Western civilisation (advanced technology, complex social hierarchy, rational scientific thought and visually attractive art) was inherently uncivilised. Lacking the wealth of data now available to us, they drew on presumptions based on prejudice, rather than inferences grounded in fact.

Our concept of civilisation’s birth has now advanced to the border between history and prehistory. The Bronze Age, with its Homeric heros, palatial  settlements and recognizable cultural groups stands as the first beacon of what would become a modern, civilised humanity. What came before this age of civilisation’s conception, before writing or metallurgy, was dark.

This is the same narrative of darkness which pervades histories of the later Dark Ages, when mankind supposedly fell into a lull in terms of technology, social complexity, science and art. The Middle Ages are seen as an age of savagery and superstition, even if this period saw continued advances in metallurgy, astrology, social revolutions such as the rise of Protestantism and an artistic flowering which paved the way for the so-called Renaissance.

The lesson here is that any narrative which attempts to portray the past in terms of periods of light and dark, civilised and primitive is fundamentally flawed and short-sighted. Previous historians saw past societies with no writing systems and compared them with contemporary illiterate societies: hunter-gatherers, pastoral herders and nomads. They have described these as primitive ways of life, either portraying prehistory as chaotic and barbaric or noble, peaceful in its savagery.

The wealth of archaeological and anthropological evidence now available to us defies any and all of these presumptions. It is highly likely that the pre-literate groups observed and recorded by early scholars were not backwards remnants of a prehistoric human condition, but rather societies which at some point made a conscious choice to live beyond the frontiers of “civilisation” or else were marginalised by the expansion of more “advanced” cultures. Roaming tribes of hunter-gatherers are characteristic of life beyond the frontiers of settled human societies and there is no reason why this should have been any less true of prehistory.

The myth of “civilised” and “barbarian” societies is as outdated as the xenophobic Ancient Greek cultures which coined those terms. Tentative attempts to trace civilisation further back into the deeper human past have already established the Agricultural Revolution of the Neolithic as standing among the two most important developments in human history, the other being the Industrial Revolution. But it is difficult to persuade modern people living in industrial, non-agrarian societies of the importance of this fundamental shift in the human experience.

There is an overwhelming need to push deeper into this shadowed backdrop of human history, exploring the many other ways in which the hallmarks of civilisation pre-date any cultures to which its birth or conception has previously been attributed.

How important is agriculture from a historical perspective? There is more to this topic than growing food. Farming is a science, a practical activity and a cultural phenomenon. The science and practices of agriculture can be fascinating, particularly when you look at how humans of the past made great scientific advances before science was even invented, but this is history; our focus is on the culture of farming. Without doubt, it is one of the most important developments in human history.

Briefly, we should look at what came before farming. This is commonly called the hunter-gatherer lifestyle in which people relied on wild plants and animals for food by, predictably, hunting and gathering them (and fishing). The important part of this equation is not the hunting or gathering (or fishing), it is the fact that these food species were wild. Humans did not control food production; it was entirely subject to natural forces governing abundance.

END_OF_DOCUMENT_TOKEN_TO_BE_REPLACED 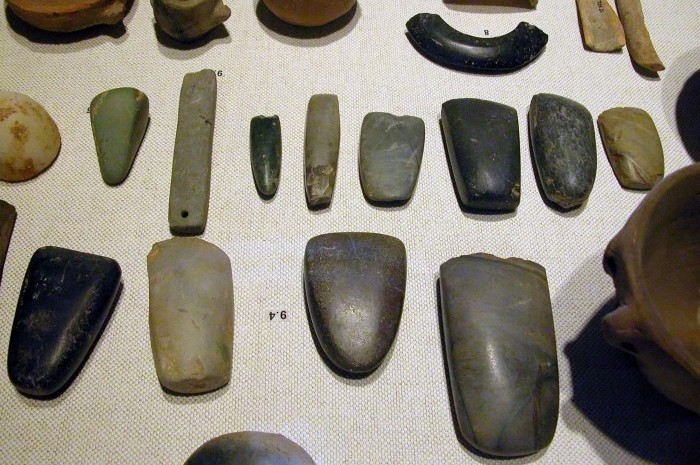 I’m currently editing my fiction work-in-progress. It’s taking up much of my blogging time, so here’s a non-fiction extract to (hopefully) make up for it. I’m eager to hear what you think!

ARCHAEOLOGISTS HAVE YET to find physical evidence for the wars of Abraham and Jacob, or the murder of Abel by his brother Cain. To find evidence for other Abels, victims of early inter-human violence, we must look at skeletal remains from prehistory. Here, we are brought up short by archaeology’s paradox. Genesis provides the story but not the evidence to support it (relying instead on the reader’s faith), while archaeology provides evidence and no story. To tell the story of a how a human became a skeleton, we have to follow a reverse chronology, reading the evidence backwards.

We will investigate an event which occurred near the town of Nördlingen in Bavaria, Germany. The town sits in a large circular depression in the landscape. This crater was formed when a meteor impacted the Earth over 14 million years ago. Today, the crater holds agricultural land divided into fields, which would have been forest or open grassland when our story took place 8,500 years ago. It is surrounded by low hills thrust up by the meteor’s impact and dense forest and transected by a small river. Red deer were abundant in the Mesolithic (Middle Stone Age) plains and forest, while the river also had an abundance of at least three species of edible freshwater snail and one species of sea snail. The Mesolithic inhabitants of the area used red deer teeth and river-dwelling snail shells to make jewellery and may have taken shelter in the caves which formed on the outer side of the crater’s elevated rim. It is on one of these caves which we will be focusing.

END_OF_DOCUMENT_TOKEN_TO_BE_REPLACED

Like every writer does at some point during a project, I am procrastinating. My method of choice at the moment for avoiding the novel is writing non-fiction. Here is a short extract from a multi-disciplinary exploration of human conflict, which otherwise might never see the light of day.

This introduces the second barrier to understanding conflict, the question of origins. There are two strongly opposing sides to this debate. One side argues that lethal violence is an innate aspect of human behaviour, while the other criticises this conclusion and asserts that warfare arises from external pressures. A key piece of evidence used in this debate is the chimpanzee.

Chimps have been observed to conduct warfare in a remarkably similar way to humans. There are documented instances of one society of chimpanzees seeking out isolated males from another group, killing them in brutal attacks and engaging in cannibalistic behaviour. Is this proof that conflict is an intrinsic part of chimp behaviour and, by relation, human behaviour?