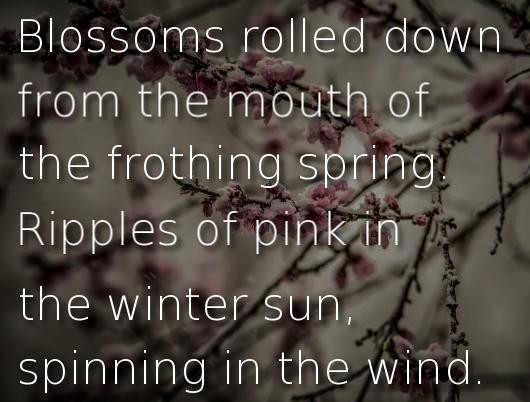 The black void of the dementor’s face opened, spreading a wave of horror and sorrow through the room. Its rotten hand reached across the table, drawing a red X over a number on a small square of crisp parchment.

A word issued from its mouth in a thin, sinister hiss.

I think this is something which applies to everyone, whether you’re a writer, blogger or artist. How do you overcome mental barriers?

When you do something for a long time, unsurprisingly you get better at it. Thus the old adage ‘practice makes perfect’. But there are often times when we stop practicing something for one reason or another and our skill level drops, which is often frustrating when you return to it.

It’s not a matter of inspiration or lack thereof that I’m referring to. That may be why we stop, but it’s not why we don’t start again (although we may use that as an excuse). For me it’s not being able to do things to the standard I was able to do them before. For example, painting, sketching, drawing, all the things I used to do (mostly because I had to for my GCSE/As level course work) without thinking. It was a matter of sitting down and drawing something as the alternative was getting a poor grade. Now, after a…

He watched the tide recede, leaving streaks of green kelp exposed as the steel grey waves peeled back from the sand. Sadness and relief mingled in his mind, knowing the parting mist of dawn might bring pilgrims across the headland, dreading the interruption they would visit on his sanctuary. At least, he thought. The tide will return to leave me alone again, and the people will return when the waves part to bare the sands once more. As he could bear neither being utterly at peace nor suffering interruptions without intermission.

While he chose solitude to be his burden, it was a blessing he could only shift off with reluctance.

Sophie felt it, even to the precise millimetre of tarmac where her wheel spun out. Whatever happened before was forgotten and following that only a chaotic roar of rubber on concrete paving slabs. Then there was the impact, a deafening grind of metal on brick and the sound of her car bonnet crumpling in front of her.

Somewhere at the end of the crashing and grinding, the blaring sirens, it all stopped. The lights were silenced and the sirens wiped out. Just emptiness after that, with the crystalline memory of the slip, the skid, the spin which took her from being a living woman to a…

Well, what am I? she asked herself. Quite clearly, even with every sense she had relied on since birth ripped away, Sophie knew she was dead. You just don’t get up and walk away from a crash like that.

“Do you know what it was?” The words echoed out over a boundless hollow space, but at the same time seemed to be reaching her ears from a mere step away. “Can you hear me, Sophie?”

END_OF_DOCUMENT_TOKEN_TO_BE_REPLACED 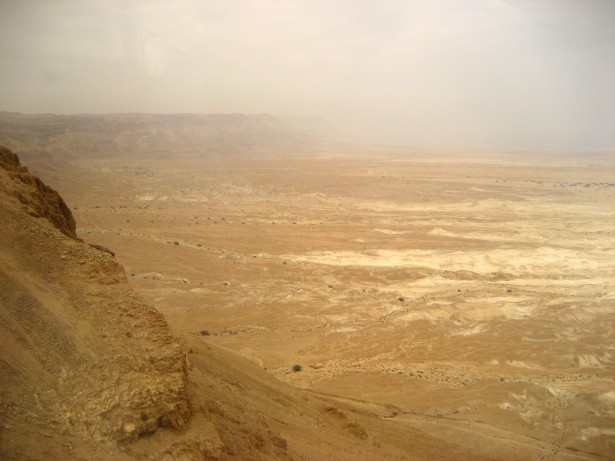 “Keep marching, filth!” the veteran spat, swiping at Ongur’s back with his long whip.

The lash snapped across the heavy burden hanging from Ongur’s shoulders and, for the first time since their journey began, he was glad to be carrying it. Then the whip’s barbed tip raked the exposed flesh behind his thighs, a searing pain which made him howl in agony.

Ongur didn’t hesitate a second time. He stumbled forwards, or rather upwards, towards the distant summit of the sun-drenched dune. Sand swept away underfoot to run in cascading bronze waves towards the dune’s base. It made every step a torment and more than a few times he suspected his steps only brought him further from rest. Days of marching under his heavy load without rest, water or comfort.

Such was a slave’s lot.

END_OF_DOCUMENT_TOKEN_TO_BE_REPLACED 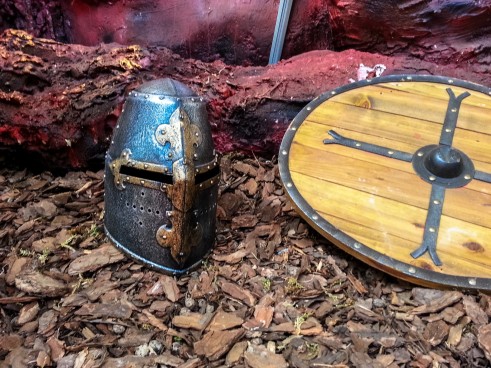 Brenn watched the enemy fill the fields across the brook. Their numbers seemed vast, impossibly numerous even from such a distance. He knew, with a familiar chill of fear, that their numbers would only swell the closer they came. To be trapped amongst the oncoming horde, fending off blows on all sides… It was enough to turn his stomach and cause him to doubt the noble purpose which brought him there.

Am I really about to stake my whole life on nothing more than a promise? he wondered. And whose promise? A bishop, a man who never touched iron nor spilled blood in his life.

Further doubt was forestalled by a ripple passing through the ranks of armoured men around him. Men shuffled around under the weight of plate and mail to look over Brenn’s shoulder. He turned and saw the king nudging his horse between the disorderly ranks of his vanguard.

END_OF_DOCUMENT_TOKEN_TO_BE_REPLACED

The College of Mithria’s red stone walls rose above the squat stone terraced villas and shopfronts of the city. Its bloody façade standing out in contrast with the emerald and topaz haze of the sprawling Muthril Delta.

It drew Kogur like a rag-winged moth to a quivering flame. The steeples, domes and jutting finger of the clock tower shimmering in the ponderous humidity. Hawkers spat at her feet when she passed, as if her grubby, shuffling presence was enough to drive away their custom. You think it’s easy being a slave? she imagined challenging them in her frail voice. I’ll wait until enemy hordes come and drag you from your home… See how you like the kiss of the lash.

The skeletal alleyways of Mithria held no secrets from her. She threaded her way between rag-and-bone beggars, slaves with hollow skin sagging from their cheeks and the blundering girth of gluttonous citizens; the clock tower was a constant compass point guiding her bare feet in their weary pursuit.

Sanctuary, the word was a beacon drawing her on. What if the gates are locked? she thought, steeling her heart against the anguish which accompanied doubt. I can’t walk forever. I won’t be free much longer. The master will come for me… His guards, his snapping hounds, the dreaded lash.

Somehow, the college seemed to hear her voiceless words. It wavered into existence through a pall of dust kicked up by feet tramping down the main street, petitioners making their way to the imperial palace under a weight of injustice and expectation.

There were thousands of them; their bodies formed a swift-flowing moat standing between her and the promise of sanctuary. Hope turned to despair as hobnailed boots clattered down the alleyway behind her. The coarse yelps of the master’s hounds as they caught her scent chilling her blood. Kogur ran and abandoned herself to the marching throng.